An honor student and graduate of Colgate University, Ed has worked as a Recreation Therapist and Building Administrator for United Cerebral Palsy, in hospital administration at Goldwater Hospital on Roosevelt Island, and before
his retirement at age 55,  he was employed at the NY Stock Exchange.

His retirement was mandated by Type 2 Diabetes and Kidney Disease. In 2015, he had triple bypass surgery.  Through it all, he continues a passion for gardening, reading (in his younger days, he read 7 newspapers a day), cooking (when he feels up to it), investing in the stock market, and as an avid sports enthusiast, following the
Mets and remembering his days as a golfer, with his goal of breaking 80.

TODAY, his goal is to find a Kidney.

And lastly, he has a strong faith and often ministers to others through empathy and
listening.  As a child they called him the “Little
Minister”. He has the gift of gab and will talk to anyone, making
others laugh with his sardonic wit and quick mind.

Ed met his wife, Diane, on a blind date.  Ed worked with a friend of Diane’s and the first date was a simple lunch in Brooklyn Heights.  Ed’s mettle was tested as he had to climb 5 flights of steps to pick up Diane, who was living in a walk-up brownstone.

But Ed was determined, and that determination was rewarded, as it was “like” at first sight.

The “like” grew as Diane and Ed discovered how many things they had in common, including a mutual “joie de vivre” and love of travel, concerts, good restaurants, and, importantly, their Faith.  Their second date was an off-Broadway show and a seafood dinner. Over dinner, they discovered that as students, they both had traveled Europe extensively, following the steps of Arthur Frommer’s famed travel guides.  And in fact, they even had visited the same dock in Oslo, Norway to buy fresh shrimp, straight from the fisherman’s catch.

And so the story goes until 5 years later, they married at the famed Marble Collegiate Church on Fifth Avenue.  They arrived by horse and carriage, followed by an intimate reception at a nearby Italian restaurant, and a honeymoon cruise to Bermuda. 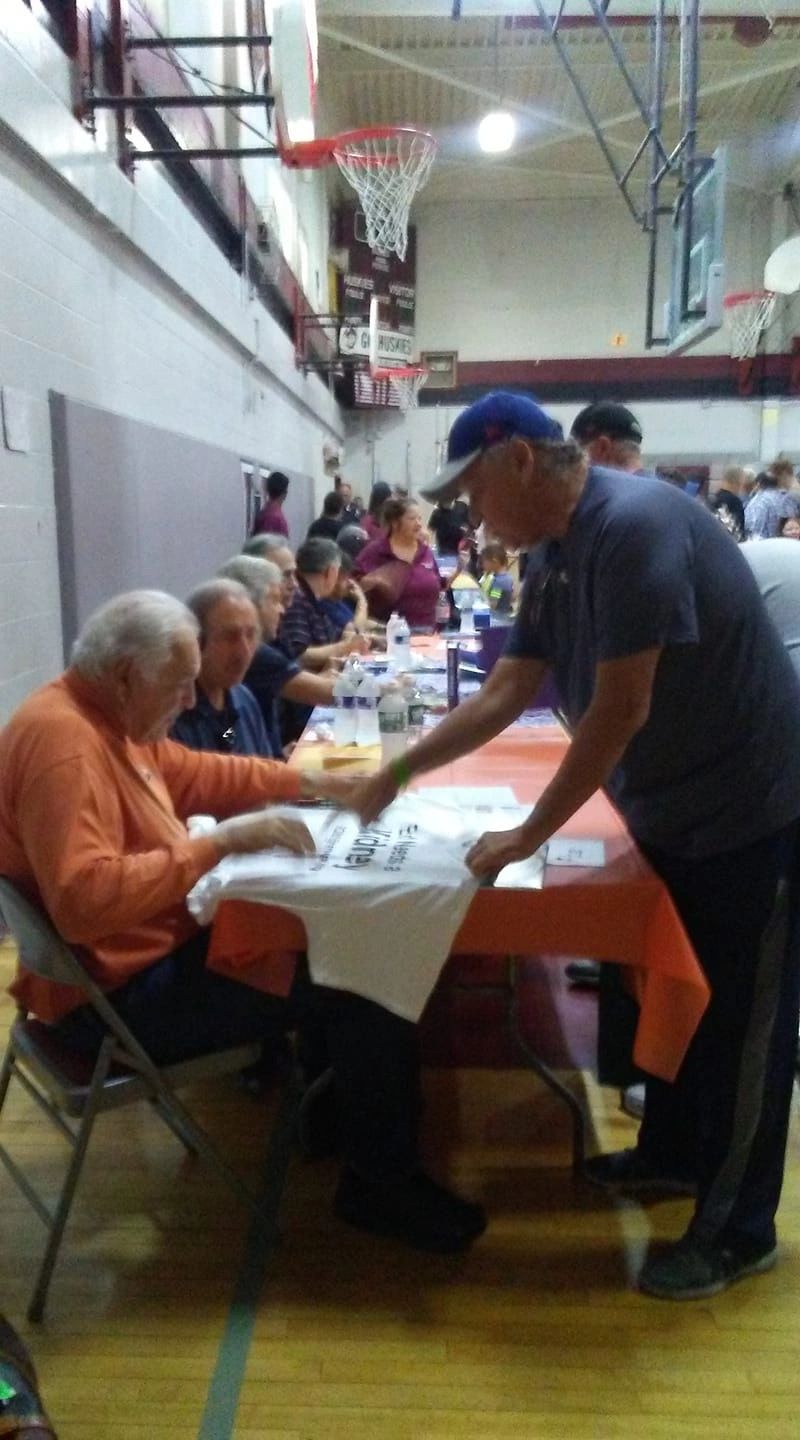 Ed's wife and her kidney posse wore these T shirts at the Today Show plaza, 9/19.

Ed weighs in at dialysis.

Ed goes for dialysis 3 times a week for 3 hours at at time.

This photo art of Diane and Ed was a gift from the artist Sharon Morantz.